Tulsa is the second-largest city in the state of Oklahoma and 47th-most populous city in the United States. As of July 2015, the population was 403,505, an increase of 11,599 over that reported in the 2010 Census. It is the principal municipality of the Tulsa Metropolitan Area, a region with 981,005 residents in the MSA and 1,151,172 in the CSA. The city serves as the county seat of Tulsa County, the most densely populated county in Oklahoma, with urban development extending into Osage, Rogers, and Wagoner counties.

Tulsa was settled between 1828 and 1836 by the Lochapoka Band of Creek Native American tribe. For most of the 20th century, the city held the nickname "Oil Capital of the World" and played a major role as one of the most important hubs for the American oil industry.

Once heavily dependent on the oil industry, Tulsa experienced economic downturn. Subsequent diversification efforts created an economic base in the energy, finance, aviation, telecommunications and technology sectors. Two institutions of higher education within the city have sports teams at the NCAA Division I level, Oral Roberts University and the University of Tulsa.

It is situated on the Arkansas River at the foothills of the Ozark Mountains in northeast Oklahoma, a region of the state known as "Green Country". Considered the cultural and arts center of Oklahoma, Tulsa houses two world-renowned art museums, full-time professional opera and ballet companies, and one of the nation's largest concentrations of art deco architecture. The city has been called one of America's most livable large cities by Partners for Livable Communities, Forbes, and Relocate America. FDi Magazine in 2009 ranked the city no. 8 in the U.S. for cities of the future. In 2012, Tulsa was ranked among the top 50 best cities in the United States by BusinessWeek. People from Tulsa are called "Tulsans".

A total commission of 6.0% is typically asked for by “full service” Agents working for the big national real estate firms in Tulsa, Oklahoma. 70% of Sellers list with the first Agent they speak to, and we find that most Sellers who agree to pay a full 6.0% commission do not realize that real estate commissions are NEGOTIABLE!

In Tulsa, Oklahoma, you will find the following real estate commissions charged*:

In the State of Oklahoma, median home prices are as follows*:

At ListingBidder.com, we first negotiate on your behalf a competitive real estate commission structure with HIGHLY EXPERIENCED, HIGHLY RECOMMENDED Agents who know your LOCAL market (even YOUR NEIGHBORHOOD); each ready to bid for your business.  These Agents are not just ordinary Agents as many of them are broker/owners and they have the best ability to negotiate their commissions and be competitive, in part because they do not have to share their listing commission with the brokerage firm.  This is a direct benefit to you and will save you thousands of dollars in real estate commission fees over the typical fees in Oklahoma.

According to the 2010 Census, Tulsa had a population of 391,906 and the racial and ethnic composition was as follows: 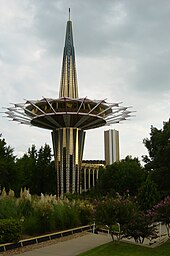 Tulsa is sometimes considered the "buckle of the Bible Belt"; it is the home of Oral Roberts University and the university's Prayer Tower.

Traditionally, Tulsa's economy has been led by the energy industry. The United States Oil and Gas Association, formerly the Mid-Continent Oil and Gas Association, was founded in Tulsa on October 13, 1917, six months after the entry of the United States into World War I. At the time Tulsa called itself "The Oil Capital of the World". At its creation, the association worked to provide petroleum to the Allied forces. In the decades since its establishment, the association is recognized as a leading advocate for producers of domestic oil and gas.

Over the city's history many large oil companies have been headquartered in the city, including Warren Petroleum (which merged with Gulf Oil in what was then the largest merger in the energy industry), Skelly Oil, Getty Oil and CITGO. In addition, ConocoPhillips was headquartered in nearby Bartlesville. Industry consolidation and increased offshore drilling threatened Tulsa's status as an oil capital, but new drilling techniques and the rise of natural gas has buoyed the growth of the city's energy sector.