Montana is a U.S. state in the northwestern region of the United States. Montana has several nicknames, although none official, including "Big Sky Country" and "The Treasure State", and slogans that include "Land of the Shining Mountains" and more recently "The Last Best Place".

Montana is the 4th largest in area, the 8th least populous, and the 3rd most sparsely populated of the 50 U.S. states. The western third of Montana contains numerous mountain ranges. Smaller island ranges are found throughout the state. In total, 77 named ranges are part of the Rocky Mountains. The eastern half of Montana is characterized by western prairie terrain and badlands.

A total commission of 6.0% is typically asked for by “full service” Agents working for the big national real estate firms in Montana. 70% of Sellers list with the first Agent they speak to, and we find that most Sellers who agree to pay a full 6.0% commission do not realize that real estate commissions are NEGOTIABLE!

In Montana, you will find the following real estate commissions charged*:

In the State of Montana, median home prices are as follows*:

At ListingBidder.com, we first negotiate on your behalf a competitive real estate commission structure with HIGHLY EXPERIENCED, HIGHLY RECOMMENDED Agents who know your LOCAL market (even YOUR NEIGHBORHOOD); each ready to bid for your business.  These Agents are not just ordinary Agents as many of them are broker/owners and they have the best ability to negotiate their commissions and be competitive, in part because they do not have to share their listing commission with the brokerage firm.  This is a direct benefit to you and will save you thousands of dollars in real estate commission fees over the typical fees in Montana.

The United States Census Bureau estimates that the population of Montana was 1,032,949 on July 1, 2015, a 4.40% increase since the 2010 United States Census. The 2010 Census put Montana's population at 989,415 which is an increase of 43,534 people, or 4.40 percent, since 2010. During the first decade of the new century, growth was mainly concentrated in Montana's seven largest counties, with the highest percentage growth in Gallatin County, which saw a 32 percent increase in its population from 2000–2010. The city seeing the largest percentage growth was Kalispell with 40.1 percent, and the city with the largest increase in actual residents was Billings with an increase in population of 14,323 from 2000–2010.

On January 3, 2012, the Census and Economic Information Center (CEIC) at the Montana Department of Commerce estimated Montana had hit the one million population mark sometime between November and December 2011. The United States Census Bureau estimates that the population of Montana was 1,005,141 on July 1, 2012, a 1.6 percent increase since the 2010 United States Census. 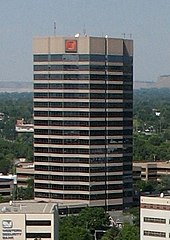 Montana is a relative hub of beer microbrewing, ranking third in the nation in number of craft breweries per capita in 2011. There are significant industries for lumber and mineral extraction; the state's resources include gold, coal, silver, talc, and vermiculite. Ecotaxes on resource extraction are numerous. A 1974 state severance tax on coal (which varied from 20 to 30 percent) was upheld by the Supreme Court of the United States in Commonwealth Edison Co. v. Montana, 453 U.S. 609 (1981).

Tourism is also important to the economy with over ten million visitors a year to Glacier National Park, Flathead Lake, the Missouri River headwaters, the site of the Battle of Little Bighorn and three of the five entrances to Yellowstone National Park.

Montana's personal income tax contains 7 brackets, with rates ranging from 1 percent to 6.9 percent. Montana has no sales tax. In Montana, household goods are exempt from property taxes. However, property taxes are assessed on livestock, farm machinery, heavy equipment, automobiles, trucks, and business equipment. The amount of property tax owed is not determined solely by the property's value. The property's value is multiplied by a tax rate, set by the Montana Legislature, to determine its taxable value. The taxable value is then multiplied by the mill levy established by various taxing jurisdictions—city and county government, school districts and others.