Minneapolis–Saint Paul is a major metropolitan area built around the Mississippi, Minnesota and St. Croix rivers in east central Minnesota. The area is commonly known as the Twin Cities after its two largest cities, Minneapolis, the most populous city in the state, and Saint Paul, the state capital. It is an example of twin cities in the sense of geographical proximity. Minnesotans living outside of Minneapolis and Saint Paul often refer to the two together (or the seven-county metro area collectively) as The Cities.

Minneapolis is the county seat of Hennepin County, and the larger of the Twin Cities, the 16th-largest metropolitan area in the United States. As of 2016, Minneapolis is the largest city in the state of Minnesota and 46th-largest in the United States, with an estimated population of 413,651. The Twin Cities metropolitan area consists of Minneapolis, its neighbor Saint Paul, and suburbs which altogether contain about 3.6 million people, and is the second-largest economic center in the Midwest.

Minneapolis lies on both banks of the Mississippi River, just north of the river's confluence with the Minnesota River, and adjoins Saint Paul, the state's capital. The city is abundantly rich in water, with 13 lakes, wetlands, the Mississippi River, creeks and waterfalls; many connected by parkways in the Chain of Lakes and the Grand Rounds National Scenic Byway. It was once the world's flour milling capital and a hub for timber. The city and surrounding region is the primary business center between Chicago and Seattle, with Minneapolis proper containing America's tenth-highest concentration of Fortune 500 companies. As an integral link to the global economy, Minneapolis is categorized as a global city, with strengths in business, medicine, sports, manufacturing, culture, education, and research.

Minneapolis has one of the largest LGBT populations in the U.S. in terms of its number of openly gay politicians, gay wedding ceremonies, pride events and gay-inclusive religious organizations, relative to the size of the total population of the city. Noted for its strong music and performing arts scenes, Minneapolis is home to both the award-winning Guthrie Theater and the historic First Avenue nightclub. Reflecting the region's status as an epicenter of folk, funk, and alternative rock music, the city served as the launching pad for several of the 20th century's most influential musicians, including Bob Dylan and Prince.

There are several different definitions of the region. Many refer to the Twin Cities as the seven-county region which is governed under the Metropolitan Council regional governmental agency and planning organization. The Office of Management and Budget officially designates 16 counties as the Minneapolis–St. Paul–Bloomington MN-WI Metropolitan Statistical Area, the 16th largest in the United States. The entire region known as the Minneapolis–St. Paul MN-WI Combined Statistical Area, has a population of 3,866,768, the 14th largest, according to 2015 Census estimates.

A total commission of 6.0% is typically asked for by “full service” Agents working for the big national real estate firms in Minneapolis-St. Paul-Bloomington, MN-WI, Minnesota. 70% of Sellers list with the first Agent they speak to, and we find that most Sellers who agree to pay a full 6.0% commission do not realize that real estate commissions are NEGOTIABLE!

In the State of Minnesota, median home prices are as follows*:

At ListingBidder.com, we first negotiate on your behalf a competitive real estate commission structure with HIGHLY EXPERIENCED, HIGHLY RECOMMENDED Agents who know your LOCAL market (even YOUR NEIGHBORHOOD); each ready to bid for your business.  These Agents are not just ordinary Agents as many of them are broker/owners and they have the best ability to negotiate their commissions and be competitive, in part because they do not have to share their listing commission with the brokerage firm.  This is a direct benefit to you and will save you thousands of dollars in real estate commission fees over the typical fees in Minnesota.

As of the 2010 U.S. census, the racial composition was as follows: 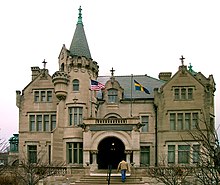 Dakota tribes, mostly the Mdewakanton, as early as the 16th century were known as permanent settlers near their sacred site of St. Anthony Falls. New settlers arrived during the 1850s and 1860s in Minneapolis from New England, New York, and Canada, and during the mid-1860s, immigrants from Finland and Scandinavians (from Sweden, Norway and Denmark) began to call the city home. Migrant workers from Mexico and Latin America also interspersed. Later, immigrants came from Germany, Italy, Greece, Poland, and Southern and Eastern Europe. These immigrants tended to settle in the Northeast neighborhood, which still retains an ethnic flavor and is particularly known for its Polish community. Jews from Russia and Eastern Europe began arriving in the 1880s and settled primarily on the north side of the city before moving in large numbers to the western suburbs in the 1950s and 1960s. Asians came from China, the Philippines, Japan, and Korea. Two groups came for a short while during U.S. government relocations: Japanese during the 1940s, and Native Americans during the 1950s. From 1970 onward, Asians arrived from Vietnam, Laos, Cambodia, and Thailand. Beginning in the 1990s, a large Latino population arrived, along with immigrants from the Horn of Africa, especially Somalia. The metropolitan area is an immigrant gateway which had a 127% increase in foreign-born residents between 1990 and 2000.

Among U.S. cities as of 2006, Minneapolis has the fourth-highest percentage of gay, lesbian, or bisexual people in the adult population, with 12.5% (behind San Francisco, and slightly behind both Seattle and Atlanta). In 2012, The Advocate named Minneapolis the seventh gayest city in America. In 2013, the city was among 25 U.S. cities to receive the highest possible score from the Human Rights Campaign, signifying its support for LGBT residents.

Racial and ethnic minorities lag behind white counterparts in education, with 15.0% of blacks and 13.0% of Hispanics holding bachelor's degrees compared to 42.0% of the white population. The standard of living is on the rise, with incomes among the highest in the Midwest, but median household income among minorities is below that of whites by over $17,000. Regionally, home ownership among minority residents is half that of whites though Asian home ownership has doubled. In 2000, the poverty rate for whites was 4.2%; for blacks it was 26.2%; for Asians, 19.1%; Native Americans, 23.2%; and Hispanics, 18.1%.

There were 111,001 households of which 30.4% had children under the age of 18 living with them, 34.1% were married couples living together, 14.8% had a female householder with no husband present, 4.9% had a male householder with no wife present, and 46.2% were non-families. 35.8% of all households were made up of individuals and 8.5% had someone living alone who was 65 years of age or older. The average household size was 2.47 and the average family size was 3.33.

The Minneapolis–St. Paul area is the second largest economic center in the Midwest, behind Chicago. The economy of Minneapolis today is based in commerce, finance, rail and trucking services, health care, and industry. Smaller components are in publishing, milling, food processing, graphic arts, insurance, education, and high technology. Industry produces metal and automotive products, chemical and agricultural products, electronics, computers, precision medical instruments and devices, plastics, and machinery. The city at one time produced farm implements. 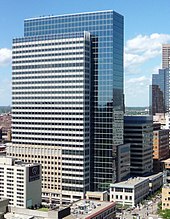 In 2018, The Economist ranked Minneapolis the third most expensive city in North America and 26th in the world. Availability of Wi-Fi, transportation solutions, medical trials, university research and development expenditures, advanced degrees held by the work force, and energy conservation are so far above the national average that in 2005, Popular Science named Minneapolis the "Top Tech City" in the U.S. The Twin Cities was ranked as the country's second best city in a 2006 Kiplinger's poll of Smart Places to Live and Minneapolis was one of the Seven Cool Cities for young professionals.

The Twin Cities contribute 63.8% of the gross state product of Minnesota. Measured by gross metropolitan product per resident ($62,054), Minneapolis is the fifteenth richest city in the U.S. The area's $199.6 billion gross metropolitan product and its per capita personal income rank thirteenth in the U.S. Recovering from the nation's recession in 2000, personal income grew 3.8% in 2005, though it was behind the national average of 5%. The city returned to peak employment during the fourth quarter of that year.

The Federal Reserve Bank of Minneapolis serves Minnesota, Montana, North and South Dakota, and parts of Wisconsin and Michigan. The smallest of the 12 regional banks in the Federal Reserve System, it operates a nationwide payments system, oversees member banks and bank holding companies, and serves as a banker for the U.S. Treasury. The Minneapolis Grain Exchange, founded in 1881, is still located near the riverfront and is the only exchange for hard red spring wheat futures and options.

Major corporations headquartered in Saint Paul include Ecolab, a chemical and cleaning product company which was named in 2008 by the Minneapolis / St. Paul Business Journal as the eighth best place to work in the Twin Cites for companies with 1,000 full-time Minnesota employees, and Securian Financial Group Inc.

The 3M Company is often cited as one of Saint Paul's companies, though it is located in adjacent Maplewood. 3M employs 16,000 people throughout Minnesota. St. Jude Medical, a manufacturer of medical devices, is directly across the northern border of Saint Paul in Little Canada, though the company's address is listed in Saint Paul.

The city was home to the Ford Motor Company's Twin Cities Assembly Plant, which opened in 1924 and closed at the end of 2011. The plant was in Highland Park on the Mississippi River, adjacent to Lock and Dam No. 1, Mississippi River, which generates hydroelectric power. The site is now being cleared of all buildings and tested for contamination to prepare for redevelopment.